I’m ready for this Super Moon energy to be gone. I don’t really understand HOW it works, but I can feel the pull of the Moon energy when I am trying to sleep.

The Moon is the closest it can get to the Earth during a Super Moon, and therefore the biggest and brightest full moon of the year. The moon was about 221,802 miles from Earth. That’s about 15,300 miles closer than average. That proximity makes the moon appear about 14% bigger than it would if the moon were at its farthest distance.

The Moon being that much closer creates a stronger gravitational tug of the Earth. It is that energy that affects many of us who are sensitive to energy movement.

Last night, both Jeff and I were up wandering around the house at about 11:15. I had gotten up to go outside to see if I could see the Moon. I couldn’t, it was sprinkling outside at that time. Jeff got up to eat a bowl of cereal, which is how he settles himself down at night. I finally fell asleep some time after 11:30. But then I woke up around 6:00 this morning.

Today, I will continue with Moon Salutations in our yoga classes. We might as well honor that big ball of energy up there, going with her flow, rather than fidgeting and fussing over her disrupting our sleep. 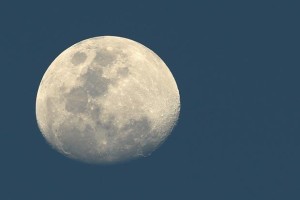